HOW TO SHOP WITH MORRAB STUDIO

1 Search or browse products to add to your basket
2 Sign in / register or simply checkout as a guest.
3 Enjoy FREE UK delivery on orders above £49 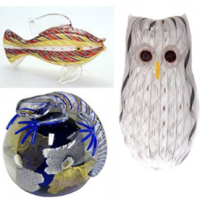 Mike Hunter of Twists Glass Studio in Selkirk, Scotland, began his love affair with glass as a small boy, gazing with fascination at the colourful, magical twists contained in the marbles he played with. Later, as a 17-year-old apprentice with Wedgwood Glass of Kings Lynn, Norfolk, he remembers asking the master glassblowers how the intricately designed glasses he had seen at the museums were made. None of them could tell him.

At Twists Studio Glass, Mike produces designs with cane-working techniques, creating traditional contemporary glassware styles based on the designs of 16th and 17th century Venice and 18th century England. He created his flagship technique of “vetro”, the Italian for glass, which demonstrates the combination of his natural talent for design with the highest level of technical skill. The result is a vast array of colour in design that speaks of his unique relationship with glass; the glass on the blowing iron becomes one with Mike as, with a sense of ease and speed, the molten glass is commanded into form– his “vetro”.
Results
1 to 4 of 4 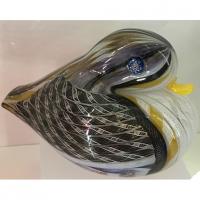 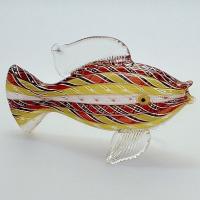 £225.00
Buy it now
View Details
Results
1 to 4 of 4
Login
TOP BACK
Powered by Cybertill (supplier of retail software, EPoS systems and ecommerce solutions)
⚠We use cookies on this website. They help us to know a little bit about you and how you use our website, which improves the browsing experience and marketing - both for you and for others. They are stored locally on your computer or mobile device. To accept cookies continue browsing as normal. Or go to the cookie policy for more information and preferences.
X